It has been noted that an above avarage percentage of writers suffer from depressions and other mental illnesses. The most famous recent example may have been renowned American postmodernist David Foster Wallace, author of Infinite Jest, who after more then twenty years of severe depressions ended his life in 2008. I know of several among my German fellow sf writers who suffer from similar problems in various degrees. I myself have been treated for depressions since a hospital stay in 2009. It has kept me from writing and especially from completing several new writing projects for years.

Last month I’ve finally accomplished a stage victory over the illness and completed my novel Der Moloch. Based on my Kurd Laßwitz Preis winning novella of the same title from 2007, but with completely new plot and characters, it’s going to be published by Fabylon (publisher of my novel Psyhack from 2007). I expect the book to be available not before the second half of 2017 and will announce the exact publishing date here as soon as I have further new. Another as yet unfinished novel is in the making again too.

In 1989 Heyne published the novel Hinter den Mauern der Zeit that I had written in collaboration with my mentor and teacher Horst Pukallus. The book was a tribut to the great American science fiction writer Philip K. Dick and elaborated rumors that Dick had feigned his death in 1982 to live in anonymity from then on. Small publisher Apex, specialized in reissues of older science fiction works, some of them by German writers, has recently republished the novel as a nice ebook edition in mobi/Kindle and epub formats. 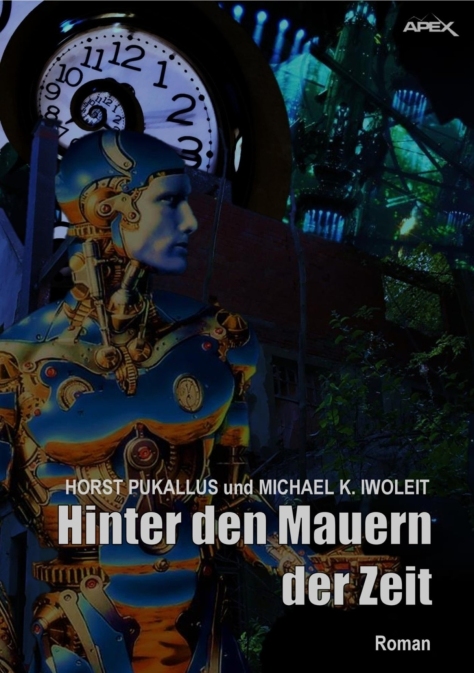